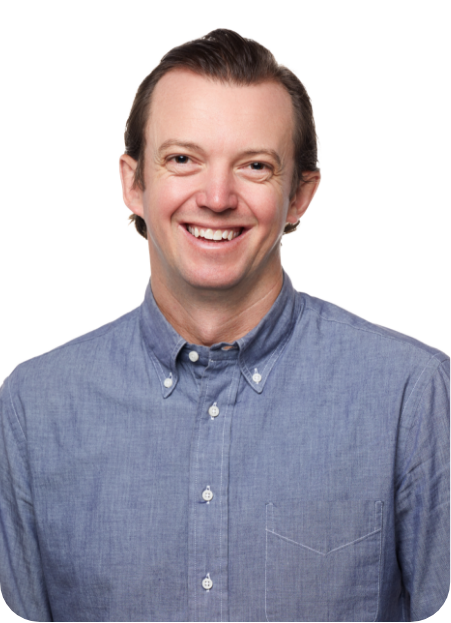 Launching a startup is like starting a fire without a match, persistence is paramount.

Start where you are.

Use what you have.

Do what you can.

The number one question I get asked as a founder is “what prompted you to go out and start a company?” And for the last twenty-four months, I’ve been giving the same answer. I was in a role at a big tech company, in my case Microsoft, where I had the opportunity to see a problem repeat itself enough times that I accepted the entrepreneurial itch that everyone seems to have at one time or another. How many people do you know who have had ideas? So what was it that pushed me over the edge?

Most people expect to hear about a moment of enlightenment, as if I was overtaken by extreme clarity about the next big thing. Not. At. All. In fact, it was a series of small events that I happened to observe with the proper mindset. The first happened when a friend suggested that I hop on a flight to Salt Lake City for the chance to share my idea with a seasoned executive and venture investor who was coming to town to ski for a few days. Growing up in Steamboat, CO, I never turn down an excuse to get back into some Rocky Mountain powder, so off I went. After a few runs, there we were with a high speed quad all to ourselves. “So tell me about this startup” he says as we hook onto the wire and take off. Here we go, my first real pitch of Privacy Dynamics.

After stumbling through several technical definitions of things like differential privacy, homomorphic encryption, and synthetic data, I started discussing my observations in the macro environment. More data is being created than ever before, regulations are getting more complex by the day, and enterprises must either learn to be data driven or die trying. Additionally, every organization I spoke to with less than 1,000 people had expressed an utter disdain for existing privacy processes and tools, there was a clear opportunity building. I’ll never forget the next thing he said to me.

You’d be an idiot not to go for it. Microsoft will always be there.

That was the moment I graduated from an idea guy to an entrepreneur. The only difference was my mindset. It turns out founders rarely know much when they get started. It’s the way they observe, learn, and adapt that separates success and failure. And it must be done with unparalleled rigor and persistence, because being told no is a gut punch every, single, time.

Kudos to all of the founders who are able to bootstrap while they crystalize the idea, validate the problem, and build some early prototypes. That wasn’t me. At the time, our kids were 4 and 2, we had bills to pay and child care to pay for. There was no way I could go six months without pay. I had to find angel investors. Even then, setting clear agreements and expectations with my wife was critical. When things are all gravy this might not seem so important, but when things get hard you’ll want your home partnership to be tight.

Over the next 12 months before raising institutional money, the lessons learned came hard and fast. Most importantly, you’re going to hear the word no more times than you can count. Each time presents an opportunity to pressure test your idea, harden it, and ultimately build a better road for the journey you’re about to embark on. Here are my favorite learnings wrt early fundraising.

Lesson #1: Encouragement at the idea stage and expressed interest in making an investment “when you get started” doesn’t mean shit. Never bank capital with individuals or funds until the term sheet is signed or, better yet, the money is in the bank.

Lesson #2: Use standard docs for all of your early investors, look no further than the YC SAFE. If someone pushes you toward anything else, get a second opinion from someone you trust. Hell, email me. It’s very difficult to unwind a bad early deal and later stage investors will often walk away from a deal they like if your cap table is upside down.

Lesson #3: Ex-founders and industry professionals (or “operators”) are worth their weight in gold. They can be much more than just capital, but it’s your job as the founder to put them to work. They can be mentors, advisors, coaches, and even therapists. With cap table management made easy with tools like Carta, minimum investments are basically irrelevant. Converting each SAFE will eventually cost ~$250 in legal fees, but if an experienced professional wants to help you get started, the size of their check doesn’t matter. My angel checks ranged from $2,500 to $100,000. In fact, my smallest checks have been some of my most consistently helpful investors (shout out to Aaron Szekel and Allison Canton).

Lesson #4: If you don’t believe in it, nobody else will. Go all in. Obsess over it. Lean into the things that scare you the most and use them to push you further. And when it’s time to tell your story, do it with every ounce of your passion and energy. Who gives a shit if people think you’re wrong. Commit to a growth mindset and the doubters will fuel you even more. Experienced founders told me this all the time, but until I read Untethered Soul and The Power of Now, the advice never clicked.

Naturally, the question that comes right after asking how I got started is asking how I recruited and hired our founding team. There’s no getting around this, it’s the hardest part without a doubt. Your passion and energy is critical, and I mean critical. Like oxygen is critical to your survival. This was the source of more gut punches than anything else I’ve done professionally, and it’s not close. I tried data meetups, hackathons, pitch nights, cold email campaigns, LinkedIn blasts, and calling every ex-colleague I could think of. I tried an incubator thinking an MVP and some affiliation would solve all my problems (spoiler alert: wrong, again).

I had $25,000 left of angel money to support my bare bones salary, at which point I promised my wife I would go back to a corporate job. If I hired someone, runway would shrink inside of 60 days. It was now or never. I was pitching 3-5 pre-seed and seed VCs per week, with no success. Not only were the privacy and data infrastructure markets still immature, I didn’t have a team or a MVP. I basically had this deck (😂 more on looking back later) and an idea.

It was a late, sleepless, night when I decided I would completely immerse myself in a single task - hire a founding engineer. I knew that was the first domino. Trying to recruit and poach wasn’t working, and I decided my top of funnel wasn’t big enough. I needed more candidates and play a numbers game. I looked around at all of the top early stage startup job boards - companies like Fivetran, Vercel, and Retool. All of them had job boards “powered by Lever.” They had polished LinkedIn pages. They had dozens of jobs posted. That day, with hardly a second thought, I made the first of many irrational, gut-first, do-or-die decisions I would make as a founder. I committed $4,000 to Lever.co with the intention of enhancing our online presence and recruiting top talent. We had to look the part to get candidates. I spent the next 24 hours feverishly posting every type of job I could think of that would attract candidates who might be qualified to be a founding engineer. After listing 10-12 jobs, I flipped over to LinkedIn and polished up our company page to reflect our new approach. It wasn’t 12 hours before candidates starting coming in. Next, I set up 15 min introductory calls with almost every single one of them, even if I thought they weren’t very qualified. After all, each time I told the story I would get better. I needed practice.

After four weeks, I had screened nearly 75 candidates with 5 moving on to my newly minted interview process. John Craft was one of them. He was coming to Seattle from Houston to interview with Amazon, and had come across our VP of Engineering position hosted in Lever. He agreed to come by our “office” (aka my dedicated desk) at WeWork the following week. Another moment I’ll always remember, one of the first things out of John’s mouth after we shook hands:

“Thank you!” I replied, as he had just validated that my experiment in fact worked. In hindsight, this was a moment where my mindset was everything. I could have easily been offended or self-conscious that Privacy Dynamics was just a grossly undersized desk in a bullpen full of ideas and pitch decks.

A few weeks later, John and I made it official. He would head up our engineering team. There was another thing that happened during the recruiting process with John that turned out to be a pivotal moment. I asked him who else he would call about joining the team, when we need to hire more engineers. Without finishing my sentence, he responded with the same passion and energy I had been practicing, “Will Thompson!” Keep in mind, we now had about 40 days of runway left but agreed to reduce salaries and defer paychecks further if needed. John’s passion couldn’t be ignored, and I decided to connect with Will right away. He and John had worked together for more than a decade, and he, too, was just coming off an acquisition by Thomson Reuters. Just like that, Privacy Dynamics had our founding engineers….and 30 days of cash 😱.

Subscribe if you’d like to be notified about Part II of this series - getting our first institutional check and building an MVP.